Life Size-Taxidermy/standing on Wooden base.

The wild boar (Sus scrofa), also known as the wild swine,Eurasian wild pig, or simply wild pig, is a suid native to much of Eurasia, North Africa, and the Greater Sunda Islands. Human intervention has spread its distribution further, making the species one of the widest-ranging mammals in the world, as well as the most widely spread suiform. Its wide range, high numbers, and adaptability mean that it is classed as least concern by the IUCN and it has become an invasive species in part of its introduced range. The animal probably originated in Southeast Asia during the Early Pleistocene,and outcompeted other suid species as it spread throughout the Old World. 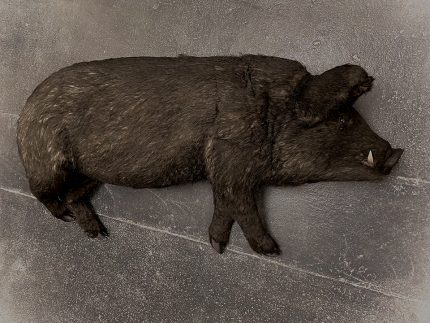 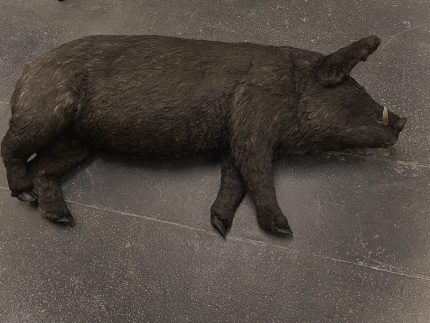 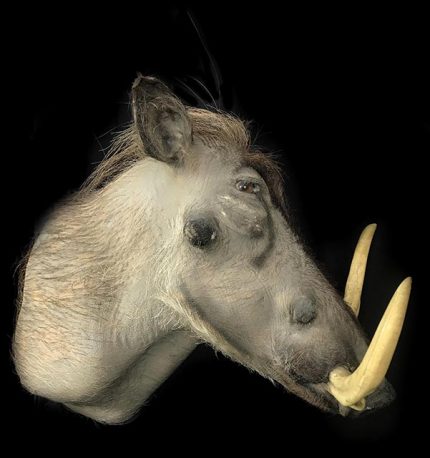 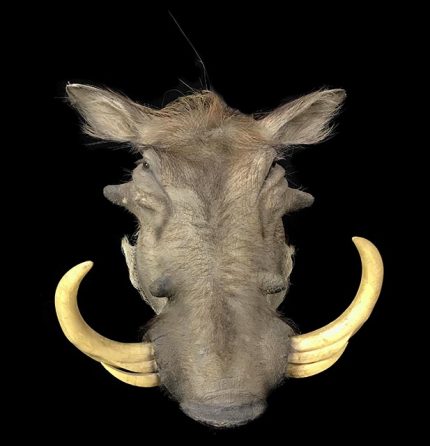 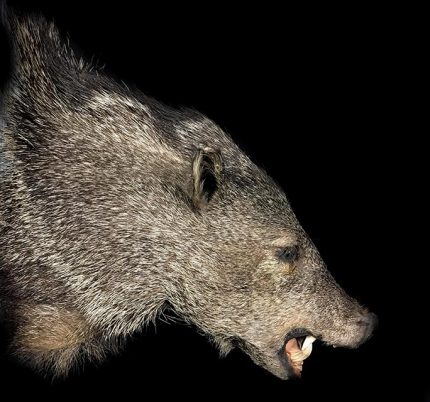 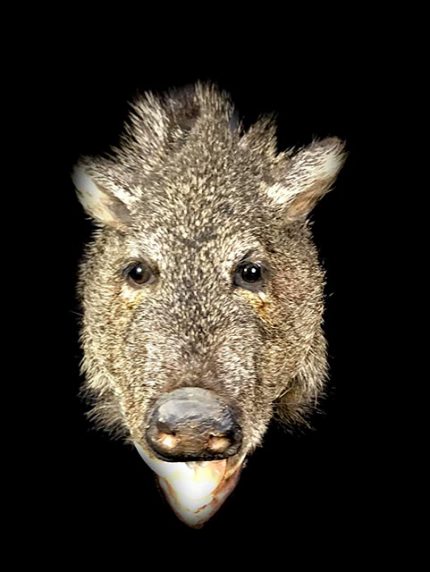 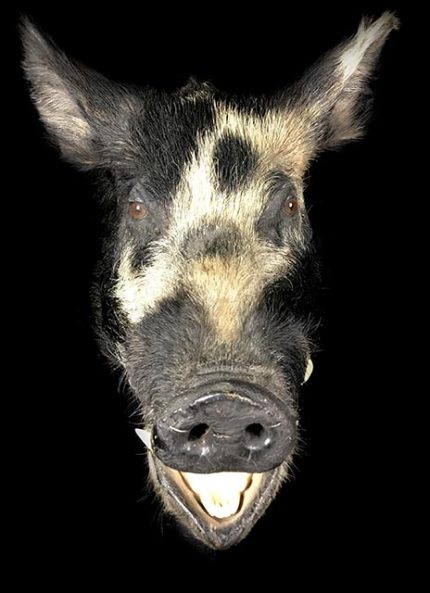 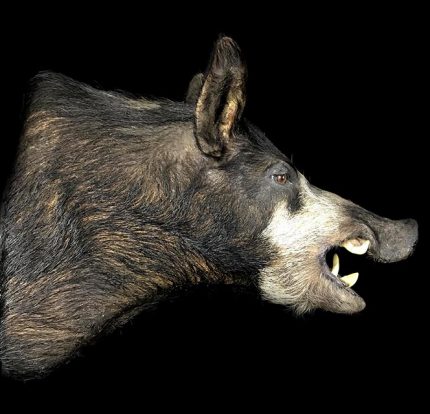 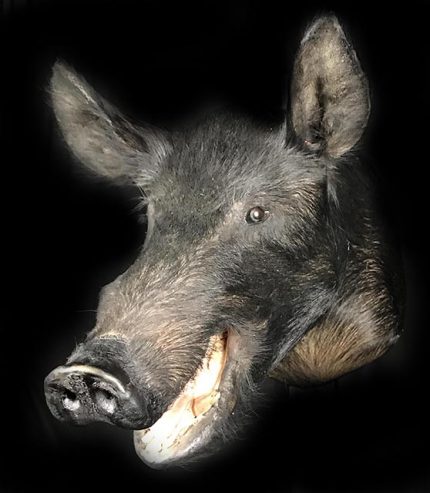 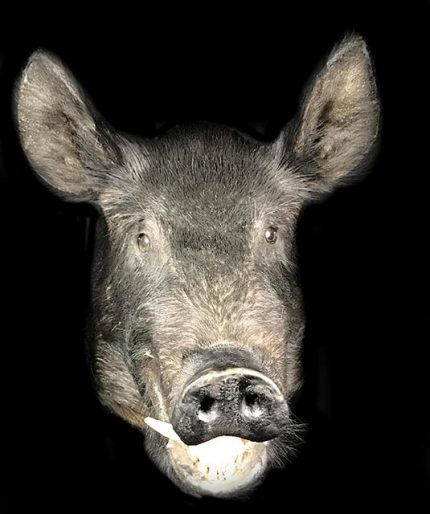 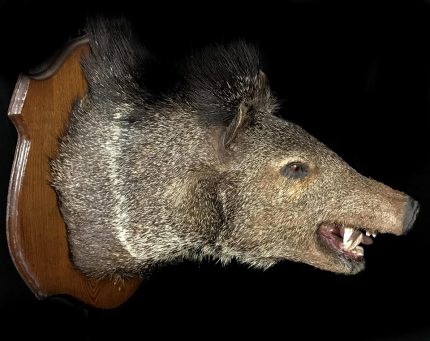 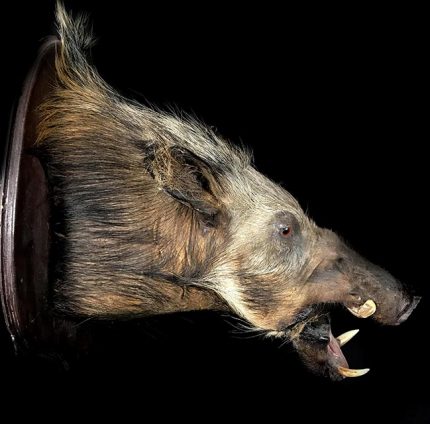 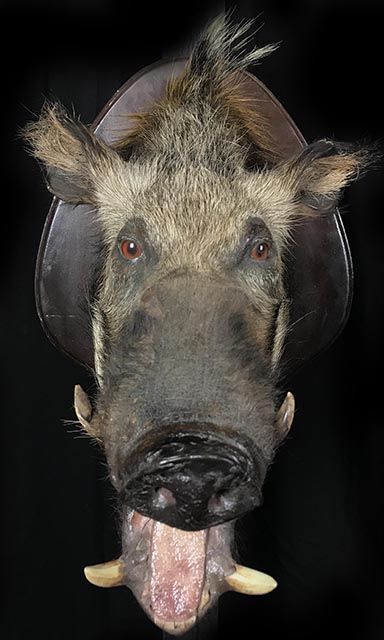